The Manipulative Therapies: Osteopathy and Chiropractic

The Manipulative Therapies: Osteopathy and Chiropractic 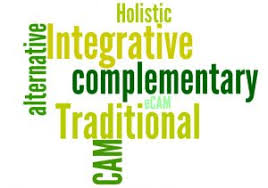 Osteopathy and chiropractic share a common origin. Their roots can be found in folk traditions of “bone setting,” and both were systematised in the late 19th century in the United States: Daniel D Palmer, the founder of chiropractic, is said to have met with Andrew Taylor Still, the founder of osteopathy, before setting up his own school. The therapies remain relatively similar, and many textbooks and journals are relevant to both. The term “manipulative therapy” refers to both osteopathy and chiropractic.

Osteopathy and chiropractic are therapies of the musculoskeletal system: practitioners work with bones, muscles, and connective tissue, using their hands to diagnose and treat abnormalities of structure and function.

The best known technique is the “high velocity thrust,” a short, sharp motion usually applied to the spine. This maneuver is designed to release structures with a restricted range of movement. High velocity thrusts often produce the sound of joint “cracking,” which is associated with manipulative therapy. There are various methods of delivering a high velocity thrust. Chiropractors are more likely to push on vertebrae with their hands, whereas osteopaths tend use the limbs to make levered thrusts. That said, osteopathic and chiropractic techniques are converging, and much of their therapeutic repertoire is shared.

You may also enjoy the rest of:

Practitioners also use a range of soft tissue techniques that do not involve high velocity thrusts. For example, the “muscle energy techniques” (known as “proprioceptive neuromuscular facilitation” by physiotherapists) make use of post-isometric relaxation to increase restricted ranges of movement.

Osteopaths and chiropractors may also use what are termed “functional techniques,” such as treating hip pain by applying a gentle, prolonged pull to the leg while slowly rotating it in the hip joint. If a restriction is detected, however slight, the leg is held at the point of restriction until a release of muscle tension occurs. Techniques like these are based on an understanding of subtle neuromuscular behaviour, which conforms to mainstream theory. In practice, they also rely on finely developed palpatory skills.