Complementary and Integrated Health Approaches: What Do Veterans Use and Want 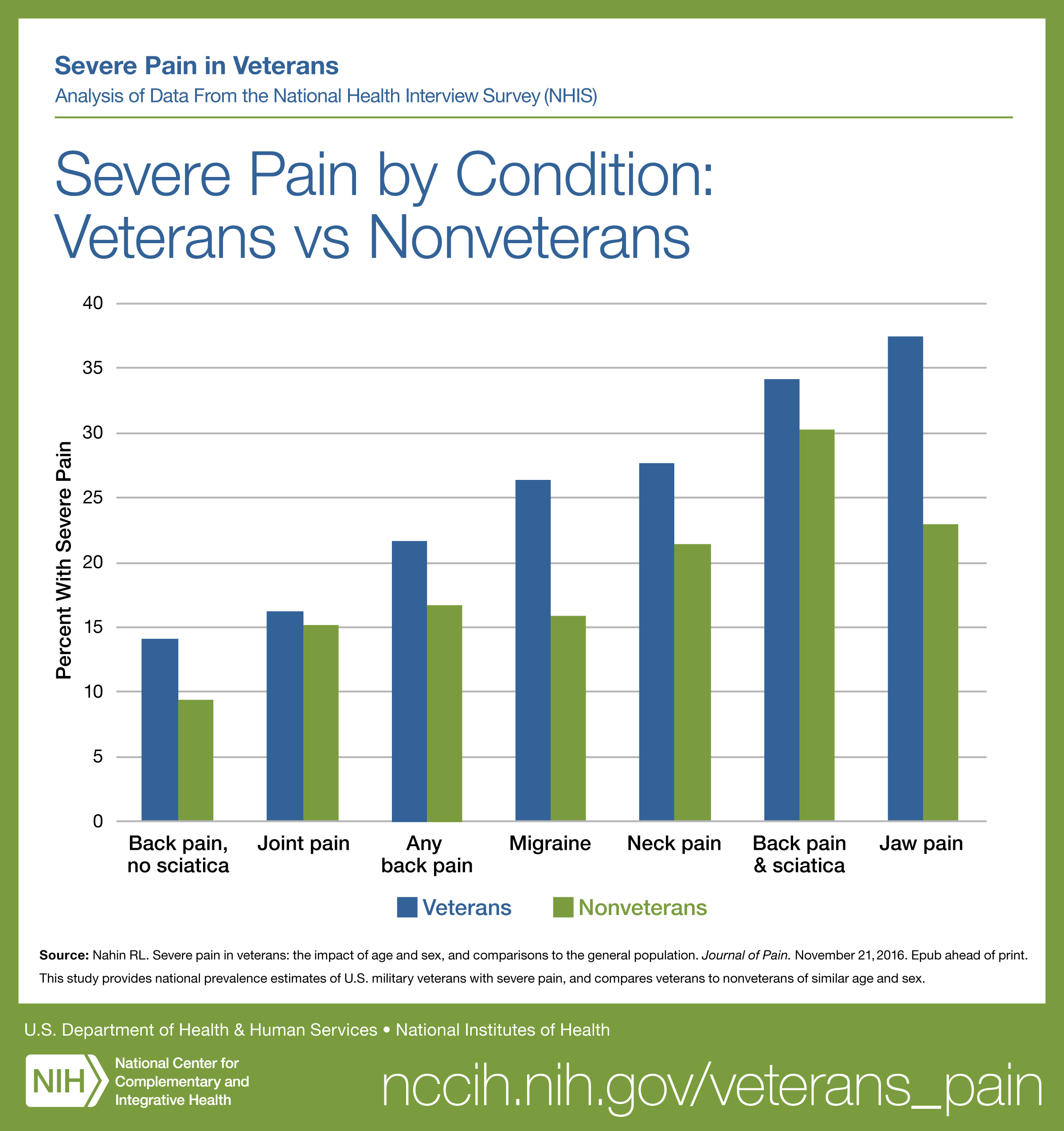 OBJECTIVES:   Non-pharmacological treatment options for common conditions such as chronic pain, anxiety, and depression are being given increased consideration in healthcare, especially given the recent emphasis to address the opioid crisis. One set of non-pharmacological treatment options are evidence-based complementary and integrative health (CIH) approaches, such as yoga, acupuncture, and meditation. The Veterans Health Administration (VHA), the nation’s largest healthcare system, has been at the forefront of implementing CIH approaches, given their patients’ high prevalence of pain, anxiety, and depression. We aimed to conduct the first national survey of veterans’ interest in and use of CIH approaches.

METHODS:   Using a large national convenience sample of veterans who regularly use the VHA, we conducted the first national survey of veterans’ interest in, frequency of and reasons for use of, and satisfaction with 26 CIH approaches (n = 3346, 37% response rate) in July 2017.

RESULTS:   In the past year, 52% used any CIH approach, with 44% using massage therapy, 37% using chiropractic, 34% using mindfulness, 24% using other meditation, and 25% using yoga. For nine CIH approaches, pain and stress reduction/relaxation were the two most frequent reasons veterans gave for using them. Overall, 84% said they were interested in trying/learning more about at least one CIH approach, with about half being interested in six individual CIH approaches (e.g., massage therapy, chiropractic, acupuncture, acupressure, reflexology, and progressive relaxation). Veterans appeared to be much more likely to use each CIH approach outside the VHA vs. within the VHA.

Non-pharmacological treatment options for common conditions such as chronic pain, anxiety, and depression are being given increased consideration in healthcare. For example, in part to address the opioid epidemic, the Department of Health and Human Services’ National Pain Strategy [1] and the American College of Physicians’ low back pain clinical practice guidelines [2] recommend complementary and integrative health (CIH) approaches, such as tai chi, yoga, and acupuncture among the suggested non-pharmacological treatment options.

These recommendations are based largely on the evidence from randomized controlled trials (RCTs) of CIH approaches. For example, NIH researchers’ review of RCTs found evidence supporting the effect of several CIH approaches on several types of pain, [3] with similar results found in other reviews of systematic reviews. [4–11] Recent RCTs of mindfulness approaches show they appear to improve chronic low back pain, [12, 13] and mindfulness and yoga may help with depressive and post-traumatic stress disorder symptoms. [14, 15] The National Academy of Medicine (formerly Institute of Medicine) [16] and others report that patients often prefer to use CIH approaches because they prefer nonpharmacological self-management options, experienced unwanted side effects, or had limited response to pharmacologic and other common treatments. [17, 18]

Given the evidence, a desire to satisfy patient demand for non-pharmacological treatment options, and the potential to reduce healthcare costs, [19] some healthcare systems have increasingly been making CIH approaches available. Mindfulness-based cognitive therapy is being implemented throughout the UK’s National Health Service [20]; almost half of American Hospital Association-affiliated hospitals offered CIH therapies in 2010 [21]; and 93% of facilities in the nation’s largest integrated healthcare system, the Veterans Health Administration (VHA), offered CIH in 2011. [22] Currently, the VHA is undergoing a significant expansion in the provision of evidence-based CIH approaches to fulfill the requirements of the 2016 Comprehensive Addiction and Recovery Act of 2016 (CARA) legislation. [23] According to a new policy directive as of May 2017, the VHA considers the following evidencebased CIH approaches as part of the standard medical benefits package: acupuncture, therapeutic massage, guided imagery, biofeedback, hypnotherapy, tai chi, yoga, and meditation. Chiropractic has been part of standard VHA care since 2005

In part to guide this expansion of evidence-based CIH, VHA leaders sought current information on veterans’ interest in and use of various CIH approaches, both inside and outside the VHA system because existing surveys of veterans’ use of CIH approaches use very small or old samples. [24, 25] Veterans represent 7% of the population and are similar to the Medicaid population in that they tend to have less income and education, are predominately male, and are more disabled than the general population. [26] Veterans have high need for management of chronic pain and symptoms of anxiety or depression, [27–29] conditions for which some types of CIH might be effective.