Elevated Production of Nociceptive CC-chemokines and sE-selectin in Patients with Low Back Pain and the Effects of Spinal Manipulation: A Non-randomized Clinical Trial

BACKGROUND:   The involvement of inflammatory components in the pathophysiology of low back pain is poorly understood. It has been suggested that spinal manipulative therapy (SMT) may exert anti-inflammatory effects.

PURPOSE:   To determine the involvement of inflammation-associated chemokines (CC series) in the pathogenesis of non-specific low back pain and to evaluate the effect of SMT on that process.

METHODS:   Patients presenting with non-radicular, non-specific low back pain (minimum pain score 3 on 10 point visual analogue scale, VAS) were recruited according to stringent inclusion criteria. They were evaluated for appropriateness to treat using a high velocity low amplitude manipulative thrust (HVLT) in the lumbar-lumbosacral region. Blood samples were obtained at baseline and following the administration of a series of 6 HVLTs on alternate days over the period of two weeks. The in vitro levels of CC chemokines (CCL2, CCL3 and CCL4) production and plasma levels of an inflammatory biomarker, soluble E-selectin, were determined at baseline and at the termination of treatments two weeks later.

Low Back Pain and Chiropractic Page and the:

END_OF_DOCUMENT_TOKEN_TO_BE_REPLACED

Spinal Pain in Danish School Children – How Often and How Long? The CHAMPS Study-DK 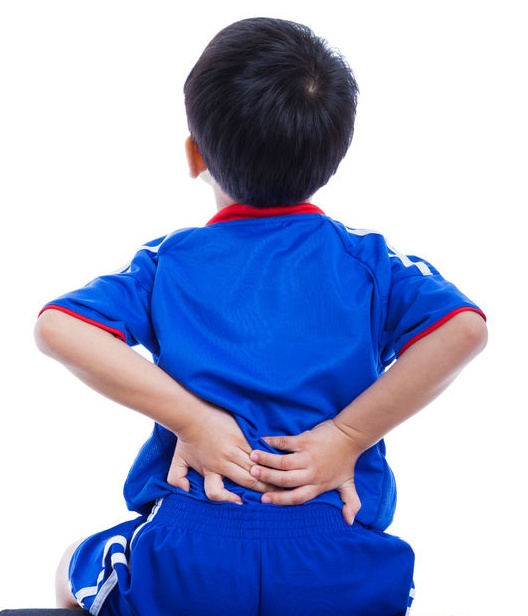 BACKGROUND:   Spinal pain in children and adolescents is a common condition, usually transitory, but the picture of spinal pain still needs elucidation, mainly due to variation in measurement methods. The aim of this study was to describe the occurrence of spinal pain in 8-15 year-old Danish school children, over a 3-year period. Specifically determining the characteristics of spinal pain in terms of frequency and duration.

METHODS:   The study was a 3-year prospective longitudinal cohort study including 1,400 school children. The outcomes were based on weekly text messages (SMS) to the parents inquiring about the child’s musculoskeletal pain, and on clinical data from examinations of the children.

RESULTS:   The 3-year prevalence was 55%. The prevalence was 29%, 33% and 31% for each of the three study years respectively, and increased statistically significantly with age, especially for lumbopelvic pain. Most children had few and short-lasting episodes with spinal pain, but more than one out of five children had three or more episodes during a study year and 17% of all episodes lasted for more than 4 weeks.

END_OF_DOCUMENT_TOKEN_TO_BE_REPLACED 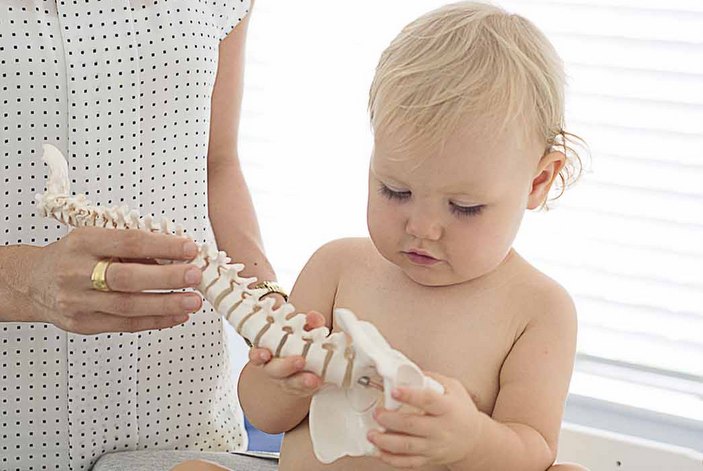 OBJECTIVE:   Chronic pain is reported by 15-25% of children. Growing evidence from clinical samples suggests that complementary and alternative medicine (CAM) therapies are desired by families and may benefit some children with pain conditions. The objective of this study is to provide estimates of CAM use by children with pain in the United States.

Chiropractic Pediatrics Page and the:

END_OF_DOCUMENT_TOKEN_TO_BE_REPLACED

Prevalence and Tracking of Back Pain From Childhood to Adolescence

Prevalence and Tracking of Back Pain From Childhood to Adolescence

BACKGROUND:   It is generally acknowledged that back pain (BP) is a common condition already in childhood. However, the development until early adulthood is not well understood and, in particular, not the individual tracking pattern. The objectives of this paper are to show the prevalence estimates of BP, low back pain (LBP), mid back pain (MBP), neck pain (NP), and care-seeking because of BP at three different ages (9, 13 and 15 years) and how the BP reporting tracks over these age groups over three consecutive surveys.

METHODS:   A longitudinal cohort study was carried out from the years of 1997 till 2005, collecting interview data from children who were sampled to be representative of Danish schoolchildren. BP was defined overall and specifically in the three spinal regions as having reported pain within the past month. The prevalence estimates and the various patterns of BP reporting over time are presented as percentages.

RESULTS:   Of the 771 children sampled, 62%, 57%, and 58% participated in the three back surveys and 34% participated in all three. The prevalence estimates for children at the ages of 9, 13, and 15, respectively, were for BP 33%, 28%, and 48%; for LBP 4%, 22%, and 36%; for MBP 20%, 13%, and 35%; and for NP 10%, 7%, and 15%. Seeking care for BP increased from 6% and 8% at the two youngest ages to 34% at the oldest. Only 7% of the children who participated in all three surveys reported BP each time and 30% of these always reported no pain. The patterns of development differed for the three spinal regions and between genders. Status at the previous survey predicted status at the next survey, so that those who had pain before were more likely to report pain again and vice versa. This was most pronounced for care-seeking.

END_OF_DOCUMENT_TOKEN_TO_BE_REPLACED

Brigitte Wirth and B Kim Humphreys

BACKGROUND:   Although adolescent spinal pain increases the risk for chronic back pain in adulthood, most adolescents can be regarded as healthy. The aim of the present study was to provide data on localization, intensity and frequency of adolescent spinal pain and to investigate which physical and psycho-social parameters predict these pain characteristics.

METHOD:   On the occasion of Spine Day, an annual event where children and adolescents are examined by chiropractors on a voluntary basis for back problems, 412 adolescents (10 to 16 years) were tested (by questionnaire and physical examination). Pain characteristics (localization, intensity, and frequency) were identified and evaluated using descriptive statistics. Regression analyses were performed to investigate possible influencing psycho-social and physical influence factors.

Chiropractic and Pain Page and the:

END_OF_DOCUMENT_TOKEN_TO_BE_REPLACED

BACKGROUND:   The severity and course of spinal pain is poorly understood in adolescents. The study aimed to determine the prevalence and two-year incidence, as well as the course, frequency, and intensity of pain in the neck, mid back, and low back (spinal pain).

METHODS:   This study was a school-based prospective cohort study. All 5th and 6th grade students (11-13 years) at 14 schools in the Region of Southern Denmark were invited to participate (N=1,348). Data were collected in 2010 and again two years later, using an e-survey completed during school time.

RESULTS:   The lifetime prevalence of spinal pain was 86% and 89% at baseline and follow-up, respectively. A group of 13.6% (95% CI: 11.8, 15.6) at baseline and 19.5% (95% CI: 17.1, 22.0) at follow-up reported that they had pain frequently. The frequency of pain was strongly associated with the intensity of pain, i.e., the majority of the participants reported their pain as relatively infrequent and of low intensity, whereas the participants with frequent pain also experienced pain of higher intensity. The two-year incidence of spinal pain varied between 40% and 60% across the physical locations. Progression of pain from one to more locations and from infrequent to more frequent was common over the two-year period.