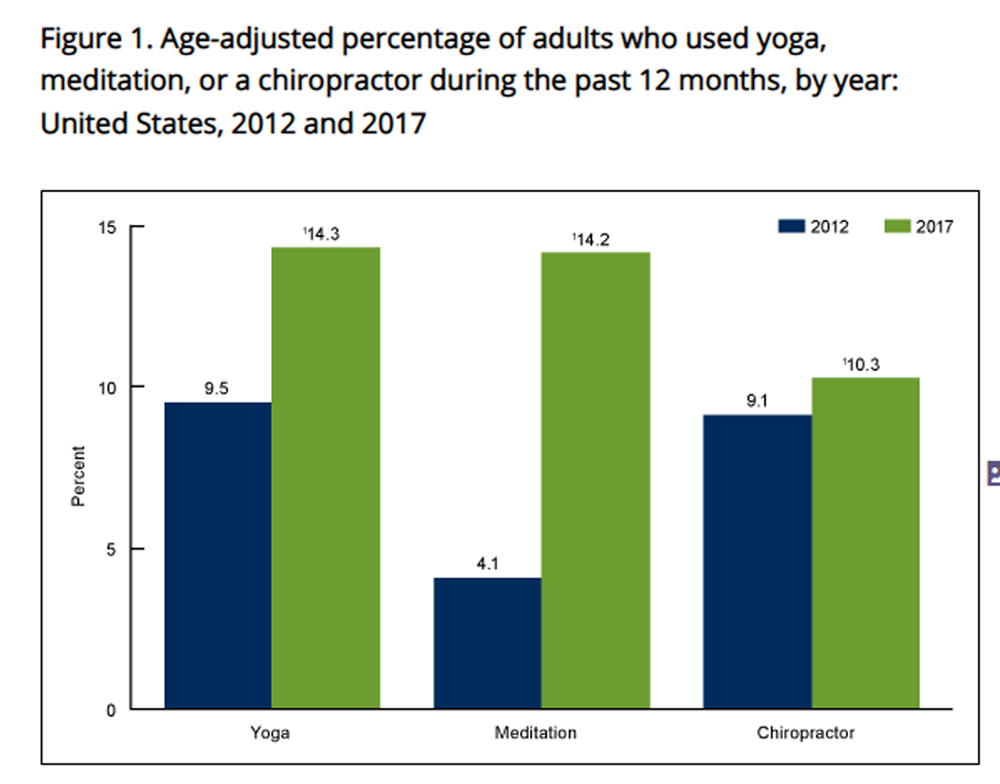 From: Use of Yoga, Meditation, and Chiropractors Among U.S. Adults

Conclusion:   A substantial proportion of US adults utilized chiropractic services during the past 12 months and reported associated positive outcomes for overall well-being and/or specific health problems for which concurrent conventional care was common. Studies on the current patient integration of chiropractic and conventional health services are warranted.