A Meta-analysis of Core Stability Exercise 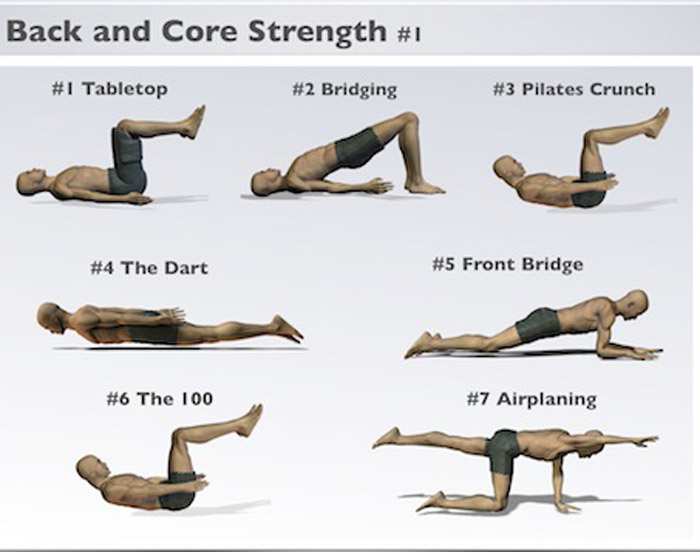 OBJECTIVE:   To review the effects of core stability exercise or general exercise for patients with chronic low back pain (LBP).

SUMMARY OF BACKGROUND DATA:   Exercise therapy appears to be effective at decreasing pain and improving function for patients with chronic LBP in practice guidelines. Core stability exercise is becoming increasingly popular for LBP. However, it is currently unknown whether core stability exercise produces more beneficial effects than general exercise in patients with chronic LBP.

CONCLUSIONS:   Compared to general exercise, core stability exercise is more effective in decreasing pain and may improve physical function in patients with chronic LBP in the short term. However, no significant long-term differences in pain severity were observed between patients who engaged in core stability exercise versus those who engaged in general exercise.

Low back pain (LBP) is one of the two most common types of disability affecting individuals in Western countries (the other is mental illness), and the assessment of LBP-related disabilities represents a significant challenge. [1] LBP affects approximately 80% of people at some stage in their lives. [2, 3] In developing countries, the 1–year prevalence of LBP among farmers was 72% in southwest Nigeria [4], 56% in Thailand [5], and 64% in China. [6] The impact of chronic LBP can be severe and profound because chronic LBP often results in lost wages and additional medical expenses and can even increase the risk of incurring other medical conditions. [7, 8] In the United States, the total indirect and direct costs due to LBP are estimated to be greater than $100 billion annually. [9, 10]

Exercise therapy seems to be an effective treatment to relieve the pain and to improve the functional status of patients with chronic LBP in most clinical practice guidelines. [11] Core stability training has become a popular fitness trend that has begun to be applied in rehabilitation programs and in sports medicine. [12] Many studies [13–15] have shown that core stability exercise is an important component of rehabilitation for LBP. Panjabi [16] proposed a well-known model of the spine stability system that consists of three subsystems: the passive subsystem (which includes bone, ligament and joint capsule), the active subsystem (which includes muscle and tendons), and the neural subsystem (which consists of the central nervous system and peripheral nervous system). According to this model, these three subsystems work together to provide stabilization by controlling spinal movement. Thus, an effective core stability exercise should consider the motor and sensory components of the exercise and how they relate to these systems to promote optimal spinal stability. [17] In addition, core stability training includes the exercise associated with the prior activation of the local trunk muscles and should be advanced to include more intricate static, dynamic, and functional exercises that involve the coordinated contraction of local and superficial spinal muscles.

Although there have been four published systematic reviews [18–21] of core stability training, these articles only include a review of the literature published prior to June 2008. Positive effects have been reported with different forms of exercise used by physical therapists. However, it is currently unclear whether core stability training produces more beneficial effects than conventional exercise for patients with chronic LBP.