The Role of Vitamin D in the Pathogenesis 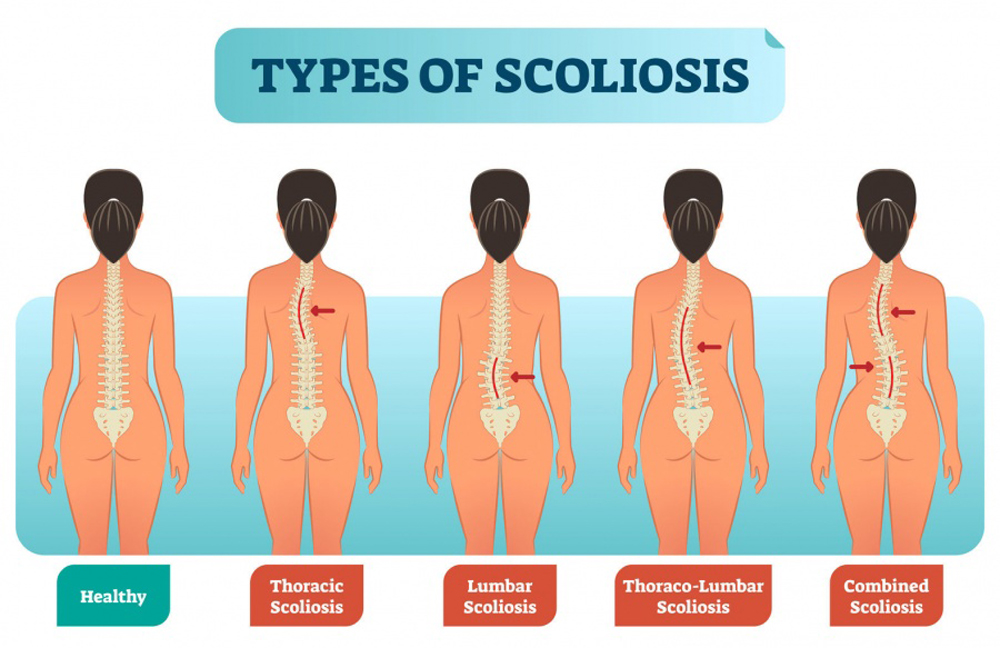 Nutrition Section
and the:

END_OF_DOCUMENT_TOKEN_TO_BE_REPLACED

Can Neurotransmitter Status Affect the Results of Exercise

Idiopathic scoliosis has long been held as a purely orthopedic spinal deformity without a known origin. Hence all treatment of scoliosis has involved physical methods exclusively to treat the condition, whether by bracing, surgery, or exercise-based methods. Over the last several years many authors have introduced etiological concepts of scoliosis involving multiple biochemical central nervous system pathways, such as neurotransmitter imbalances. The purpose of this study is to evaluate how these neurotransmitter imbalances affect patients’ ability to participate in a scoliosis therapy program and the ability of the resultant radiographic changes to be maintained. Two groups of patients performed baseline neurotransmitter testing, and completed a short-term chiropractic rehabilitation program for scoliosis. One group additionally participated in a nutrient program designed to rebalance their neurotransmitter levels, while the second group declined. Both groups were evaluated 6 months after the completion of their rehabilitation program to evaluate Cobb angle changes

Scoliosis is historically thought of as a purely biomechanical or orthopedic disorder of the spine wherein the spine curves greater than 10 degrees on radiographic assessment. [1] Conventional treatments of scoliosis have been entirely based upon this model of scoliosis, whether it be bracing or surgery. Both of these treatments entirely focus upon the spine curvature, and attempt to straighten or stabilize the spine throughout the human growing years.

END_OF_DOCUMENT_TOKEN_TO_BE_REPLACED

Chiropractic Treatments for Idiopathic Scoliosis: A Narrative Review Based on SOSORT Outcome Criteria

OBJECTIVE:   The purpose of this review was to evaluate the current body of literature on chiropractic treatment of idiopathic scoliosis against the 2014 consensus paper of the Society on Scoliosis Orthopedic and Rehabilitation Treatment (SOSORT) and the Scoliosis Research Society (SRS) Non-Operative Management Committee for outcome reporting in nonoperative treatments.

METHODS:   A search of the PubMed and Index to Chiropractic Literature databases for studies published from January 2000 through February 2016 detailing specific treatments and outcomes for idiopathic scoliosis was conducted.

RESULTS:   A total of 27 studies that discussed chiropractic scoliosis treatments were identified. Of these, there were 15 case reports, 10 case series, 1 prospective cohort, and 1 randomized clinical trial. Of the 27 studies, only 2 described their outcomes as recommended in the 2014 SOSORT and SRS Non-Operative Management Committee consensus paper.

END_OF_DOCUMENT_TOKEN_TO_BE_REPLACED

Prevalence of Low Back Pain in Adolescents

Prevalence of Low Back Pain in Adolescents with Idiopathic Scoliosis: A Systematic Review

Methods   Systematic electronic searches were undertaken in PubMed, CINAHL, and CENTRAL without any restrictions. Studies were eligible for inclusion if they reported the prevalence of low back pain in adolescents with idiopathic scoliosis. Studies were excluded if they detailed the prevalence of pain in post-surgical subjects or were published in languages other than English or French. Data were reported qualitatively, since there was insufficient evidence for statistical pooling.

Results   The electronic search strategies yielded 1811 unique studies. Only two studies fulfilled the eligibility criteria. The prevalence of low back pain in adolescents with idiopathic scoliosis ranged from 34.7 to 42.0%. However, these prevalence estimates should be viewed cautiously as the included studies were at high risk of bias.

END_OF_DOCUMENT_TOKEN_TO_BE_REPLACED

Chiropractic Rehabilitation of a Scoliosis Family

Chiropractic Rehabilitation of a Scoliosis Family: Results from a 9-Year Follow-Up

Scoliosis bracing is typically prescribed when the curvature reaches to between 30°–50°. Although there has been a vast amount of bracing literature published, the results remain equivocal. Many patients face issues of compliance, comfort, and decreased self-esteem due to social stigmas with bracing. This has caused many patients to seek non-bracing options. Although these treatments are plausible, they lack the research background that bracing has. Therefore, many physicians are reluctant to prescribe exercise-based rehabilitation for their scoliosis patients.

This study reports on 3 patients who sought non-bracing, exercise-based chiropractic rehabilitation for their scoliosis. Their results before, after, and at long term follow up are included.

END_OF_DOCUMENT_TOKEN_TO_BE_REPLACED

Purpose   The purpose of this study was to examine whether chiropractic techniques would reduce the curvature of idiopathic scoliosis, which commonly occurs in elementary school children.

Subjects   The subjects of this study were 5 healthy elementary students who listened to an explanation of the study methods and purpose of the study and agreed to participate in the experiment.

Methods   The Cobb angle was measured by taking an X-ray (FCT-1, Dongmun, Goyangsi, Republic of Korea) taken from the rear, using X-ray film. The method of intervention this study used was application of chiropractic techniques. Spinal correction was carried out for 30 minutes per session, which included soft tissue massage, 3 times a week for 8 weeks.