Prevalence of MRI Findings in the Cervical Spine

BACKGROUND   Previous studies of patients with neck pain have reported a high variability in prevalence of MRI findings of disc degeneration, disc herniation etc. This is most likely due to small and heterogenous study populations. Reasons for only including small study samples could be the high cost and time-consuming procedures of having radiologists coding the MRIs. Other methods for extracting reliable imaging data should therefore be explored.

The objectives of this study were

1)   to examine inter-rater reliability among a group of chiropractic master students in extracting information
about cervical MRI-findings from radiologists´ narrative reports, and

2)   to describe the prevalence of MRI findings in the cervical spine among different age groups in patients above
age 18 with neck pain.

METHOD   Adult patients with neck pain (with or without arm pain) seen in a public hospital department between 2011 and 2014 who had an MRI of the cervical spine were identified in the patient registry ‘SpineData’. MRI-findings were extracted and quantified from radiologists’ narrative reports by second-year chiropractic master students based on a set of coding rules for the process.

The inter-rater reliability was quantified with Kappa statistics and the prevalence of the MRI findings were calculated.

The most prevalent MRI findings were foraminal stenosis (77%), uncovertebral arthrosis (74%) and disc degeneration (67%) while the least prevalent findings were nerve root compromise (2%) and Modic changes type 2 (6%). Modic type 1 was mentioned in 25% of the radiologists’ reports. The prevalence of all findings increased with age, except disc herniation which was most prevalent for patients in their forties.

END_OF_DOCUMENT_TOKEN_TO_BE_REPLACED 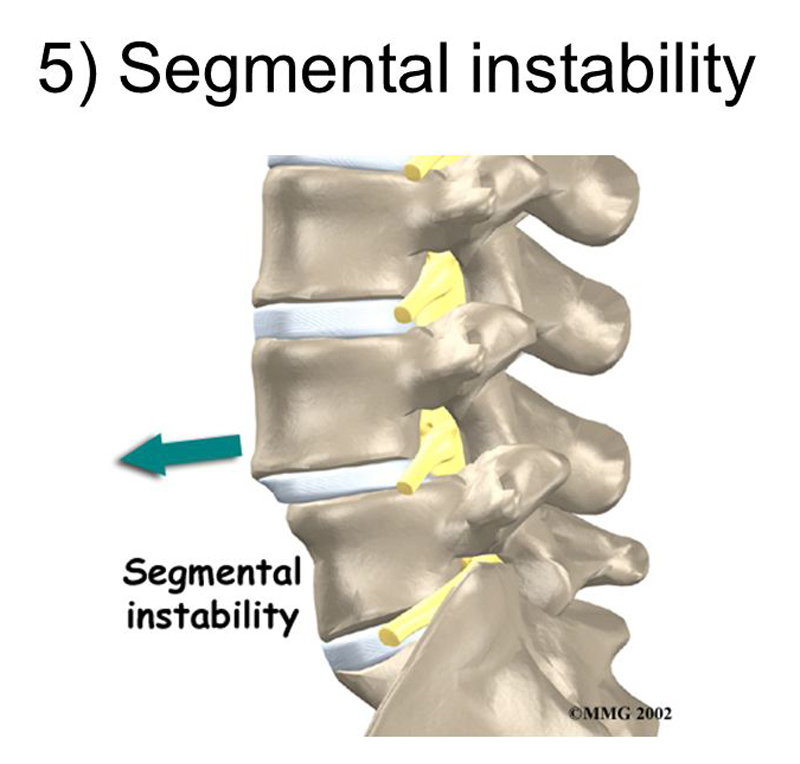 The study design is a prospective, case-control. The aim of this study was to develop a reliable measurement technique for the assessment of lumbar spine kinematics using digital video fluoroscopy in a group of patients with low back pain (LBP) and a control group. Lumbar segmental instability (LSI) is one subgroup of nonspecific LBP the diagnosis of which has not been clarified. The diagnosis of LSI has traditionally relied on the use of lateral functional (flexion-extension) radiographs but use of this method has proven unsatisfactory. Fifteen patients with chronic low back pain suspected to have LSI and 15 matched healthy subjects were recruited. Pulsed digital videofluoroscopy was used to investigate kinematics of lumbar motion segments during flexion and extension movements in vivo. Intersegmental linear translation and angular displacement, and pathway of instantaneous center of rotation (PICR) were calculated for each lumbar motion segment. Movement pattern of lumbar spine between two groups and during the full sagittal plane range of motion were analyzed using ANOVA with repeated measures design.

Intersegmental linear translation was significantly higher in patients during both flexion and extension movements at L5-S1 segment (p < 0.05). Arc length of PICR was significantly higher in patients for L1-L2 and L5-S1 motion segments during extension movement (p < 0.05). This study determined some kinematic differences between two groups during the full range of lumbar spine. Devices, such as digital videofluoroscopy can assist in identifying better criteria for diagnosis of LSI in otherwise nonspecific low back pain patients in hope of providing more specific treatment.

END_OF_DOCUMENT_TOKEN_TO_BE_REPLACED

Injuries in the Pediatric Patient

Injuries in the Pediatric Patient: Review of Key Acquired and Developmental Issues

A plethora of conditions specifically target children and adolescents which are not prevalent in the adult population. Understanding the age-related differences in this population can help clinicians improve diagnosis and therefore management of these conditions. Though it is beyond the scope of this paper to extensively address diseases targeting the pediatric population, common key injuries will be discussed with emphasis on the role imaging plays in establishing accurate diagnosis.

Chiropractic Pediatrics Page and the:

END_OF_DOCUMENT_TOKEN_TO_BE_REPLACED

Radiology Undergraduate and Resident Curricula: A Narrative Review of the Literature

Objective   The purpose of this study was to examine the literature regarding radiology curricula for both undergraduates and residents.

Methods   A review of the literature was performed using relevant key words. Articles were retrieved through December 2012 using PubMed, ScienceDirect, ERIC, Proquest, and ICL databases along with a manual review of references.

Results   Of the 4716 unique abstracts reviewed by the author, 142 were found to be relevant to the purpose of this study. Undergraduate radiology education, radiology curriculum, and radiology pedagogy vary widely between disciplines and between colleges within disciplines. Formal radiology education is not taught at all medical programs and little radiology training is incorporated into non-radiology residencies. This results in some medical graduates not being taught how to interpret basic radiology images and not learning contraindications and indications for ordering diagnostic imaging tests. There are no definitive studies examining how to incorporate radiology into the curriculum, how to teach radiology to either undergraduates or residents, or how to assess this clinical competency.

END_OF_DOCUMENT_TOKEN_TO_BE_REPLACED

We would all like to thank Dr. Richard C. Schafer, DC, PhD, FICC for his lifetime commitment to the profession. In the future we will continue to add materials from RC’s copyrighted books for your use.

These materials are provided as a service to our profession. There is no charge for individuals to copy and file these materials. However, they cannot be sold or used in any group or commercial venture without written permission from ACAPress.

This chapter describes the radiologic signs that may be expected when spinal subluxations are demonstrable by radiography. Through the years, there have been several concepts within the chiropractic profession about what actually constitutes a subluxation. Each has had its rationale (anatomical, neurologic, or kinematic), and each has had certain validity contributing to our understanding of this complex phenomenon.

You may review the full Chapter 6 @:

Segmental hypomobility, also called a “fixation subluxation” by many clinicians, may affect one or several motor units.

It is characterized by reduced motion of the “Spinal Motion Unit” (Please refer to Spinal Anatomy 101), which has been forced to the extreme of a range of motion (eg, flexion, extension, etc). See Figure 6.14. Stress views or videofluoroscopy are necessary to depict this and other kinetic subluxations radiographically, but motion palpation and some orthopedic tests may reveal their presence clinically.

Editor’s Note:   In the following picture, the inferior facet of C5 fails to slide forwards and upwards upon the superior facet of C6. Because of that, the IVF cannot open more fully, and the spinous process of C5 fails to move away from the C6 spinous. All together, these are the classic signs of HYPO-mobility. 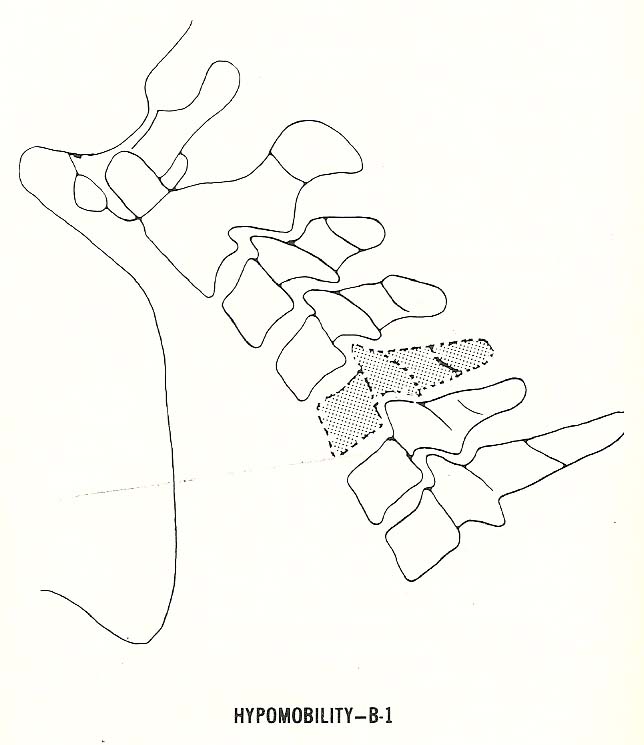 END_OF_DOCUMENT_TOKEN_TO_BE_REPLACED

Technological progress is not reserved for cell phones and iPads. Advanced imaging modalities, such as magnetic resonance imaging (MRI), have benefited from recent advances as well. In fact, MRI has become the gold standard of advanced imaging for the spine and extremity joints. “It’s hard to do anything in medicine without imaging,” says Norman Kettner, DC, DACBR, professor of clinical science and chairman of the Department of Radiology at Logan College of Chiropractic. “In fact, in a survey of the top 25 internists in the United States, MRI and CT scans were rated No. 1 as the most important development in medical science in the previous century.

Gary Longmuir, DC, DACBR, clinical radiologist and president of the ACA Council on Diagnostic Imaging, explains that MRIs create images of the internal structures of the body based on the energy released from hydrogen protons. Because the body is largely made up of water and each water molecule contains two hydrogen protons, when a person enters the magnetic field created by the MRI scanner, the magnetic charges of the protons change and align with the direction of the scanner’s field. When the field is then turned off, the protons return to their original energy state, releasing the energy difference as photons that are detected by the scanner as a “signal” similar to a radio wave. The protons of distinct tissues return to their original energy states at different rates, and this difference is detected by the MRI scanner.