Awareness of Axial Spondyloarthritis Among Chiropractors

Awareness of Axial Spondyloarthritis Among Chiropractors and Osteopaths: Findings From a UK Web-based Survey 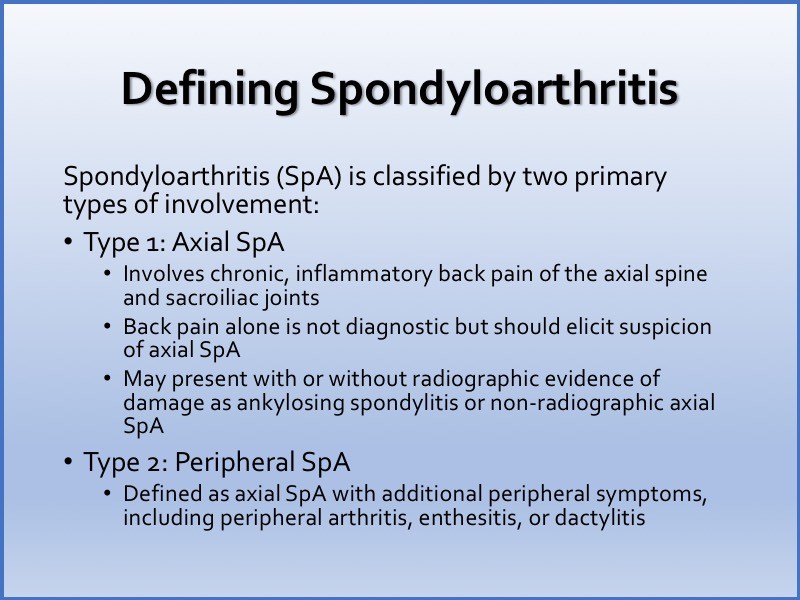 OBJECTIVE:   Chiropractors and osteopaths are important professional partners in the management of axial spondyloarthritis (axSpA). In view of recent advances in diagnosis and treatment, we sought to understand their current knowledge and working practices.

RESULTS:   Of 382 completed responses [237 chiropractors (62%) and 145 osteopaths (38%)], all were familiar with AS, but only 63 and 25% were familiar with the terms axSpA and non-radiographic axSpA, respectively. Seventy-seven per cent were confident with inflammatory back pain. Respondents routinely asked about IBD (91%), psoriasis (81%), acute anterior uveitis (49%), peripheral arthritis (71%), genitourinary/gut infection (56%), enthesitis (30%) and dactylitis (20%). Eighty-seven per cent were aware of the association between axSpA and HLA-B27. Only 29% recognized that axSpA was common in women. Forty per cent recommend an X-ray (pelvic in 80%) and, if normal, 27% would recommend MRI of the sacroiliac joints and whole spine. Forty-four per cent were aware of biologic therapies. Forty-three per cent were confident with the process of onward referral to rheumatology via the general practitioner (GP). The principal perceived barrier to onward referral was reluctance by the GP to accept their professional opinion.

CONCLUSION:   Overall knowledge of ankylosing spondylitis is good, but the term axSpA is poorly understood. Specific learning needs include gender preponderance, awareness of acute anterior uveitis and the availability of biological therapies. There is lack of confidence in the onward referral process to rheumatology via the GP.

Spondyloarthritis (SpA) is a group of chronic inflammatory diseases of autoimmune nature sharing common clinical and genetic features, such as involvement of the axial skeleton (sacroiliac joints and spine), a certain pattern of peripheral joint involvement (usually asymmetric monoarthritis or oligoarthritis predominantly affecting the joints of the lower extremities), the presence of enthesitis, dactylitis, typical extra-articular manifestations such as acute anterior uveitis, psoriasis and inflammatory bowel disease (i.e. Crohn’s disease and ulcerative colitis), and association with HLA-B27 antigen.

Importantly, nr-axSpA and AS are considered nowadays as two stages of one disease (axSpA) [Rudwaleit et al. 2005], although there are patients with an abortive course of the disease who remain at the nonradiographic stage without progression to established AS.

Axial spondyloarthritis (axSpA) is a chronic inflammatory arthritis involving the spine and sacroiliac joints. In 2009, the Assessment of SpondyloArthritis international Society (ASAS) published the classification criteria for axSpA, encompassing both AS and non-radiographic axSpA. [1] The prevalence of axSpA in a primary care population in the UK was found to be 0.3% using ASAS criteria. [2]

Diagnosis of axSpA can be difficult, and therefore, it is important to maintain a high index of suspicion in order to reduce the delay to diagnosis, which currently stands at 8.5 years in the UK. [3] Typically, symptoms start in the second or third decade [4], and consequently, patients often endure intolerable symptoms during a formative phase of life when they are attempting to establish careers and relationships. Moreover, people have described having to fight to get their diagnosis, which has been upsetting, distressing and disheartening and resulted in feelings of anger and frustration. [5]