Progressive Degeneration of the Cervical Multifidus

The Rapid and Progressive Degeneration of the Cervical Multifidus in Whiplash: An MRI Study of Fatty Infiltration 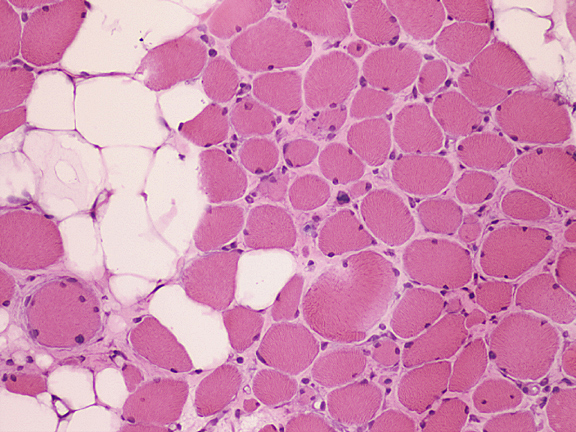 OBJECTIVE:   To study the (1) temporal development of muscle fatty infiltrates (MFI) in the cervical multifidi after whiplash, (2) differences in multifidi MFI between those who recover or report milder pain-related disability and those who report moderate/severe symptoms at 3 months, and (3) predictive value of multifidi MFI outcomes.

SUMMARY OF BACKGROUND DATA:   The temporal development of MFI on conventional magnetic resonance image has been shown to be associated with specific aspects of pain and psychological factors. The replication of such findings has yet to be explored longitudinally.

METHODS:   Thirty-six subjects with whiplash injury were enrolled at less than 1 week postinjury and classified at 3 months using percentage scores on the Neck Disability Index as recovered/mild (0%–28%) or severe (≥30%). A fat/water magnetic resonance imaging measure, patient self-report of pain-related disability, and post-traumatic stress disorder were collected at less than 1 week, 2 weeks, and 3 months postinjury.

The effects of time and group (per Neck Disability Index) and the interaction of time by group on MFI were determined. Receiver operating characteristic curve analysis was used to determine a cut-point for MFI at 2 weeks to predict outcome at 3 months.

RESULTS:   There was no difference in MFI across groups at enrolment. MFI values were significantly higher in the severe group than those in the recovered/mild group at 2 weeks and 3 months. The receiver operating characteristic curve analysis indicated that MFI levels of 20.5% or above resulted in a sensitivity of 87.5% and a specificity of 92.9% for predicting outcome at 3 months.

CONCLUSION:   Consistent with previous evidence, muscle degeneration occurs soon after injury but only in those patients with poor functional recovery. This study provides further evidence that

(2)   routine imaging protocols may need to be reconsidered in the vast majority of patients after whiplash.

Whiplash-Associated Disorders (WAD) from motor vehicle collisions (MVCs) afflict over 4–million Americans annually, reducing quality of life and accounting for an estimated $30 billion in medical costs. [1] Half of all those exposed to a MVC will never fully recover but have milder symptoms, [2] and 25% (~ 1 million) are expected to present with a complex clinical picture including severe-pain-related disability, [3] muscle degeneration, [4, 5] sensory and motor disturbances, [6] muscle weakness, [7] and psychological distress. [6] A number of psychosocial factors (e.g., coping, expectations, anxiety and depression) have been identified as being associated with poor functional recovery. [2] Despite the presence of and recognition for these factors, current best multimodal treatments have not substantially influenced the rate of functional recovery. [8–10] Furthermore, no structural cause of WAD has been found with available imaging technology, supporting the position that the clinical course is driven by both medical and non-medical-related factors. [11]

Despite the lack of pathological findings, a recent prospective investigation using conventional T1-weighted magnetic resonance imaging (MRI) uniquely identified neck muscle fatty infiltrates (MFI) between one- and three-months post injury in participants with more severe levels of WAD-related disability and symptoms of post-traumatic stress (PTSD). [5] Participants who recovered, or only had persistent mild symptoms, and those with chronic idiopathic neck pain [12] did not develop MFI. While the quantification of MFI in whiplash [5, 13–15] is intriguing, the mechanisms underlying its development in and their contribution towards poor functional recovery is largely unknown.

There are available [16, 17] quantitative water-fat MR techniques (3D water-fat MRI [18] and Proton-Density Fat Fraction) [19] that could help quantify rapid physiologic changes that may precede changes observed on T1-weighted sequences. [5] An earlier detection of MFI might prove crucial for identifying the early expression of MFI, its potential predictive role in the development of chronic WAD, and targets for more informed management.