Does Manual Therapy Affect Functional and Biomechanical Outcomes of a Sit-To-Stand Task in a Population with Low Back Pain? A Preliminary Analysis 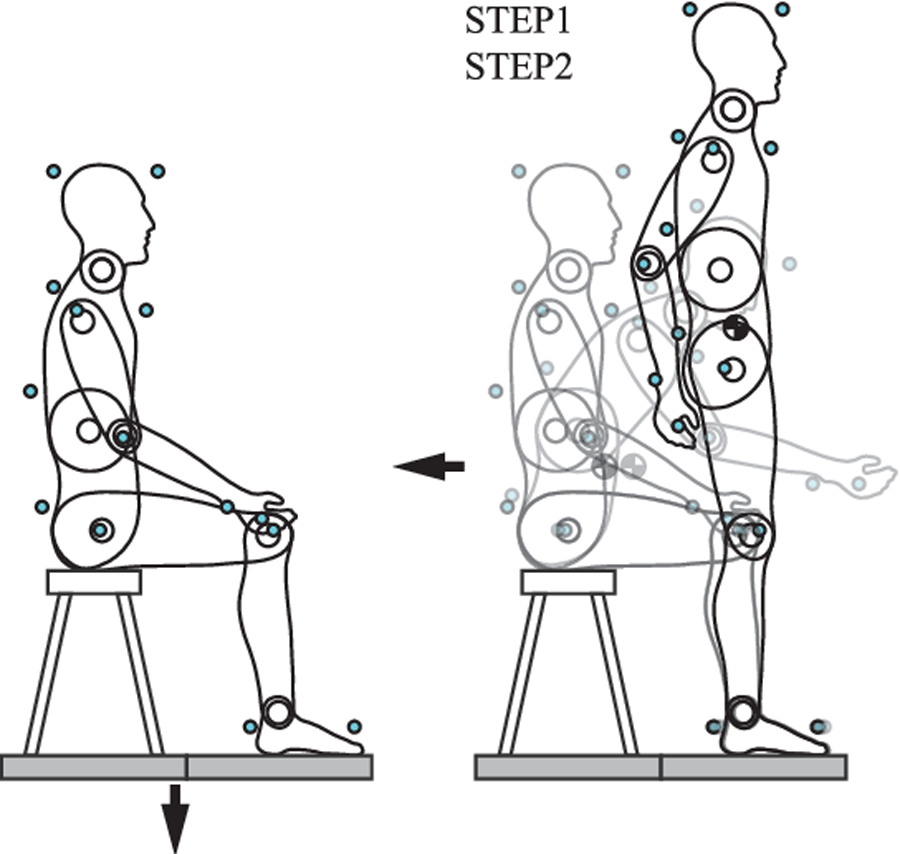 INTRODUCTION:   Manual therapy (MT) hypothetically affects discrepant neuromuscular control and movement observed in populations with low back pain (LBP). Previous studies have demonstrated the limited influence of MT on movement, predominately during range of motion (ROM) testing. It remains unclear if MT affects neuromuscular control in mobility-based activities of daily living (ADLs). The sit-to-stand (STS) task represents a commonly-performed ADL that is used in a variety of clinical settings to assess functional and biomechanical performance.

OBJECTIVE:   To determine whether MT affects functional performance and biomechanical performance during a STS task in a population with LBP.

METHODS:   Kinematic data were recorded from the pelvis and thorax of participants with LBP, using an optoelectronic motion capture system as they performed a STS task before and after MT from November 2011 to August 2014. MT for each participant consisted of two high-velocity low-amplitude spinal manipulations, as well as two grade IV mobilizations of the lumbar spine and pelvis targeted toward the third lumbar vertebra and sacroiliac joint in a side-lying position; the order of these treatments was randomized. Pelvis and thorax kinematic data were used to derive the time-varying lumbar angle in the sagittal plane for each STS trial.

The difference between the maximum and minimum lumbar angles during the STS trial determined the sagittal ROM that was used as the biomechanical outcome. Time to complete each STS trial was used as a functional measure of performance. Pre-MT and post-MT values for the lumbar sagittal ROM and time to completion were statistically analysed using paired samples t-tests.

DISCUSSION:   These findings provide preliminary evidence that MT might influence the biomechanical and functional performance of an sit-to-stand (STS) task in populations with LBP. The MT intervention in this study involved a combination of spinal manipulations and mobilizations. Future work will expand upon these data as a basis for targeted investigations on the effects of either spinal manipulation and mobilization on neuromuscular control and movement in populations with LBP.

Manual therapies (MTs), including joint mobilisations and spinal manipulation, are effective treatments for some individuals with low back pain (LBP) [1]. Joint mobilisation and manipulation both involve the manual application of force; however, mobilisations are characterised by lower magnitude forces that do not move the joint beyond its physiological range of motion (ROM) whereas manipulations are defined by larger magnitude forces, applied rapidly, that attempt to move the joint beyond its physiological ROM [2]. One hypothesized mechanism of action for MT is related to its potential to impact the neuromechanical function of the spine [3, 4]. Thus, MT could conceivably influence the discrepant motor control strategies and movement patterns observed between those with and without LBP [5, 6]. Previous research on the effects of MT on spine movement has mainly focused on measuring post-treatment changes in movements, such as planar range of motion (ROM), with limited functional relevance [7]. It has yet to be determined if MT applied to the lower back influences movement patterns during a functional task such as those performed during daily living that require coordinated multi-planar and multi-joint movement strategies.

Previous research demonstrates changes in the spine’s mechanical and neuromuscular behaviours following administration of spinal manipulation and joint mobilisation. For example, spinal manipulation decreased paraspinal muscle activation during both quiet lying and full forward spine flexion [8–10], and increased the activity of the internal oblique muscle during rapid arm movements [11]. Neurophysiological work has demonstrated that spinal manipulation influences sensorimotor integration within the central nervous system [12] and can increase both motor unit excitability and cortical drive [13, 14]. Improvement in disability following spinal manipulation has also been associated with a post-treatment decrease in the spine’s posteroanterior stiffness among patients with LBP [15, 16] and an increased thickness of the activated multifidus muscle during an arm raising task with the patient in a prone-lying position [17].

Despite the mechanical and neuromuscular changes, findings on the effect of spinal manipulation and mobilisation on active spine movement have been inconsistent. Millan and colleagues [7] reported in a recent systematic review that spinal manipulation or mobilisation does not change sagittal plane ROM in the lumbar spine. Lehman and McGill [18] also reported no consistent immediate effect of spinal manipulation on ROM for the lumbar spine in any of the three cardinal movement planes in a population of patients with non-specific LBP. Conversely, a secondary analysis of data from a randomized control study of patients with chronic LBP demonstrated changes in spine motion, during a circumduction task, following a 12-week course of spinal manipulative therapy [19]. Recent evidence has reported that cervical ROM increased in neck pain patients following mobilisation applied to the cervical spine [20]. Movements performed by participants in these studies represented non-functional contexts. Regarding the lumbar spine and hip, ROM has demonstrated only weak to moderate correlation with the amount of lumbar and hip movement required to perform certain functional tasks included in activities of daily living, such as the sit-to-stand (STS) task [21]. Studying the biomechanics of functional tasks may provide insight to physical demands that are more challenging and provocative for patients with low back pain, and are more closely associated with the demands from activities of daily living [22].