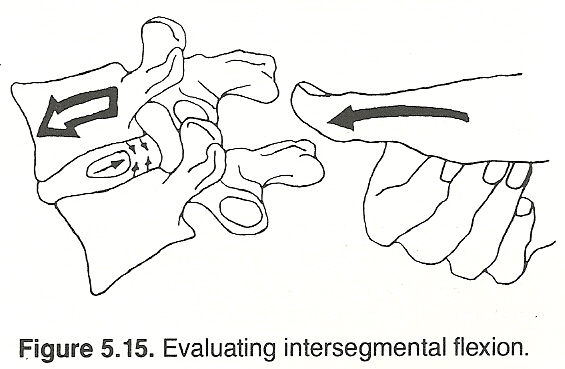 INTRODUCTION:   Motion palpators usually rate the movement of each spinal level palpated, and their reliability is assessed based upon discrete paired observations. We hypothesized that asking motion palpators to identify the most fixated cervical spinal level to allow calculating reliability at the group level might be a useful alternative approach.

Motion palpation (MP) in one form or another is integral to most chiropractic techniques, and is found within the core curriculum at virtually every institution where manual therapy procedures are taught and practiced. Given its ubiquity and strategic importance in training programs, the intraexaminer and interexaminer reliability of MP have been extensively studied and summarized in systematic and annotated reviews. [1–5] In their review of 44 MP studies, Haneline et al [6] reported that only 8 showed high levels of reliability, and that only 2 of these 8 studies could be judged to be of high quality. MP has been found so unreliable [7–9] that some have controversially called for abandoning this diagnostic procedure [10], while Hestbaek and Leboeuf-Yde concluded “The esteem chiropractors have for motion palpation in particular has not been substantiated by scientific data”. [11]

Cooperstein et al [12] hypothesized that the design methods of previous interexaminer MP reliability studies may not have been optimal to evaluate interexaminer agreement. All such studies, despite some differences, shared the method of analyzing agreement on a segmental basis. That is, the examiners tested and compared impressions for each spinal level considered separately.

Some of the earlier studies reported the results in terms of percentage agreement, but as Haas pointed out [13], this does not correct for chance agreement. All the more recent studies have assessed concordance using the kappa statistic, which does indeed correct for chance agreement. Sim and Wright have described several factors that can influence the magnitude of kappa, including prevalence and bias, and discussed ways of interpreting the magnitude of obtained kappa values. [14]