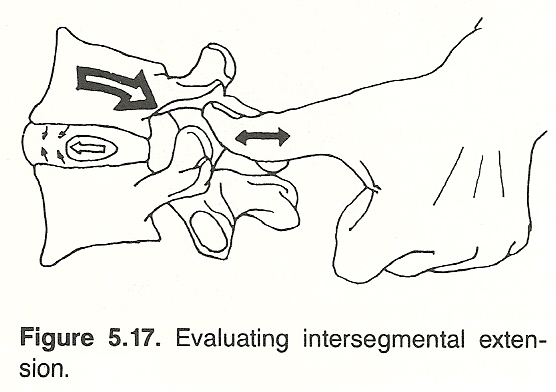 BACKGROUND CONTEXT:   Modern scientific investigations into spinal manipulative therapy (SMT) began in 1975. Conditions often treated include acute and chronic low back pain, radicular pain, neck pain, and some forms of headache. The field of spinal manipulation has often been treated by the literature, incorrectly, as being homogeneous. Much of the confusion regarding this form of treatment can be traced to the ambiguity surrounding the procedures themselves. This report summarizes the clinical biomechanics of SMT and evidence for its associated manipulable lesion is reviewed. Finally, a classification system based on biomechanics is proposed that may facilitate more detailed research in the future.

PURPOSE:   A categorization system for SMT was sought that would be more objective than is clinically available. Such a system may serve as a means to strengthen future studies, determine operating principles, applicability, treatment effectiveness, and nature of the manipulable lesion.

METHODS:   A search of the indexed biomechanical and medical literature as well as a hand search of published works was conducted. The criteria for article selection consisted of studies that included measurements of mechanical characteristics of treatment techniques used under the general headings of SMT or manual therapy. A second set of studies was identified that explored the biomechanics of buckling behavior of vertebral segments as a model of the manipulable lesion. Quantitative characteristics of SMT were extracted and grouped to form a basis for classification.

RESULTS:   A total of 31 articles were identified that contained quantitative data on the biomechanical properties of SMT methods. An additional seven studies were found that quantified spinal buckling behavior. Common features of SMT procedures lead to a matrix that biomechanically characterizes the types of procedures in use. Buckling behavior was compared qualitatively with clinical observations to form a plausible and evidence-based hypothesis of the manipulable lesion.

CONCLUSIONS:   There currently are a number of named systems of manual procedures. No current triage system is available that predicts which patient has the greater likelihood of benefiting from manual treatment or the procedure type. The biomechanical parameters of SMT form a systematic characterization of manual procedures. Such a system may be used in future studies to test hypotheses of treatment effect from quantitatively defined procedures.

Manipulation of the spine has ancient roots and popularity that has varied over time. From the late nineteenth through the twentieth century, its use has been embroiled as a part of interprofessional medical controversies. [1] Modern scientific investigations in this area began with a federally supported conference in 1975. [2] For over two decades, the scientific debate over the value of manipulation in the treatment of spine-related disorders has been engaged. Anecdote and opinion are slowly yielding to a preponderance of evidence accumulated through basic science and clinical studies. At the moment (as of 2000), over 50 randomized controlled trials of spinal manipulative therapy (SMT) have been conducted. Modern, evidence-based guidelines and formal consensus documents on appropriate treatments list manipulation as a recommended or optional approach. Conditions where manipulation is offered include acute and chronic low back pain [3, 4], radicular pain [5], neck pain [6–8], and some forms of headache. [9] Manipulation is being offered to an increasingly broad case–mix, including the elderly and postsurgical patients. Debate continues on the relative effect strength and the appropriate indications for use of this form of care. Do we have sufficient information on SMT to move forward in understanding its operating principles, applicability, and possible risk?

Much of the current confusion regarding the use and effectiveness of SMT can be traced to the ambiguity surrounding the treatment procedures themselves. Few of the published reports provide a clear, objective description of the manipulation techniques used, the identity of those administering the procedures, or a means of assessing the skill of the manipulators. [4] The field of spinal manipulation has often been treated by the literature, incorrectly, as being homogeneous. A few authors have attempted to segregate the procedures selected for study by using such categorical names as Maitland, Gonstead, or diversified methods. Such classification, cumbersome in like manner to the naming of some new surgical techniques, fails to clarify the nature of the treatment intervention. It introduces confusion by preventing experimental methodology to be replicated esily for future study. A small number of publications (e.g., [10, 11]) have attempted to provide a more scientifically based description focusing on the perception of differences, velocity, and depth of local tissue displacement achieved by different methods.

Quantification of procedural differences in SMT, for the most frequently used forms, has begun to appear. Thus far, no systematic effort has been undertaken to organize this new information into clinically meaningful categories that may serve to clarify procedure descriptions in future manipulation research. Concise categories could improve quality of outcomes from care by empowering research into subpopulations that may receive more favorable benefit from specific types of procedures than others. This report summarizes the state of the art in clinical biomechanics of spinal manipulation. Based on clinical and laboratory evidence, the pathomechanics of the manipulable lesion are reviewed, a classification system based on biomechanical principles is proposed, and the substantive literature reviewed.