Treatment of Rheumatoid Arthritis with Marine and Botanical Oils

Treatment of Rheumatoid Arthritis with Marine and Botanical Oils: An 18-month, Randomized, and Double-blind Trial 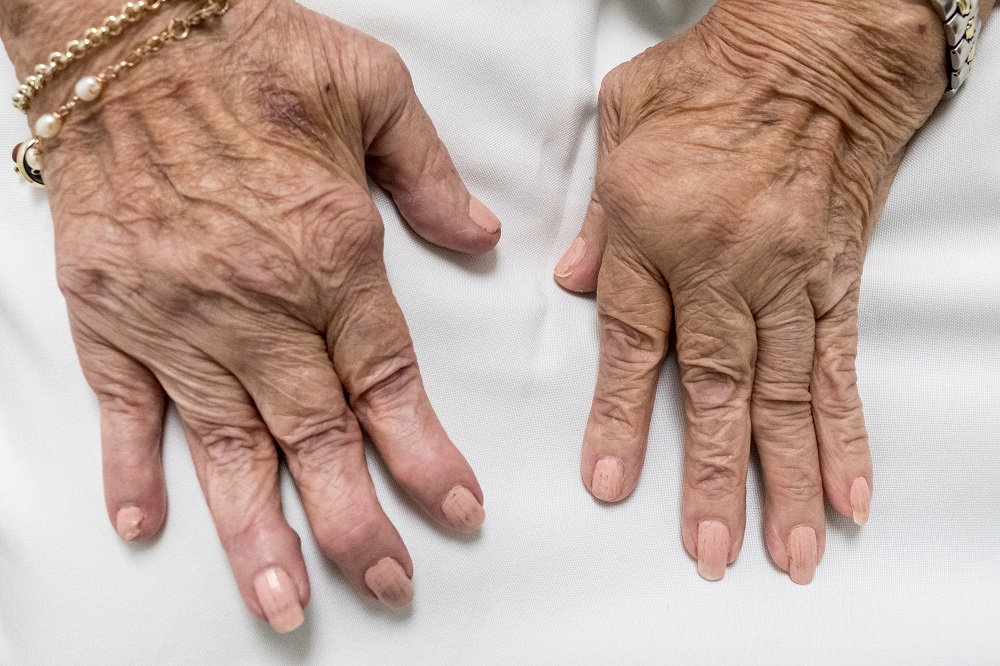 OBJECTIVE:   To determine whether a combination of borage seed oil rich in gamma linolenic acid (GLA) and fish oil rich in eicosapentaenoic acid (EPA) and docosahexaenoic acid (DHA) is superior to either oil alone for treatment of rheumatoid arthritis (RA).

OMEGA-3 FATTY ACIDS Page and the:

END_OF_DOCUMENT_TOKEN_TO_BE_REPLACED 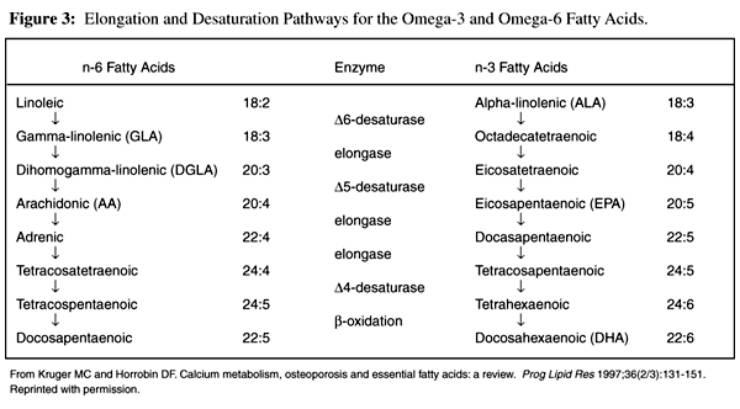 BACKGROUND:   Muscle force and functional capacity generally decrease with aging in the older population, although this effect can be reversed, attenuated, or both through strength training. Fish oil (FO), which is rich in n-3 (omega-3) polyunsaturated fatty acids (PUFAs), has been shown to play a role in the plasma membrane and cell function of muscles, which may enhance the benefits of training. The effect of strength training and FO supplementation on the neuromuscular system of the elderly has not been investigated.

OBJECTIVE:   The objective was to investigate the chronic effect of FO supplementation and strength training on the neuromuscular system (muscle strength and functional capacity) of older women.

DESIGN:   Forty-five women (aged 64 ± 1.4 y) were randomly assigned to 3 groups. One group performed strength training only (ST group) for 90 d, whereas the others performed the same strength-training program and received FO supplementation (2 g/d) for 90 d (ST90 group) or for 150 d (ST150 group; supplemented 60 d before training). Muscle strength and functional capacity were assessed before and after the training period.

RESULTS:   No differences in the pretraining period were found between groups for any of the variables. The peak torque and rate of torque development for all muscles (knee flexor and extensor, plantar and dorsiflexor) increased from pre- to posttraining in all groups. However, the effect was greater in the ST90 and ST150 groups than in the ST group. The activation level and electromechanical delay of the muscles changed from pre- to posttraining only for the ST90 and ST150 groups. Chair-rising performance in the FO groups was higher than in the ST group.

END_OF_DOCUMENT_TOKEN_TO_BE_REPLACED

“In an animal model of myelopathy, we have demonstrated that DHA and curcumin can counteract the effects of chronic spinal cord compression through several molecular mechanisms, resulting in the preservation of neurological function.”

A study published in the Journal of Neurosurgery: Spine indicates, in an animal model, a diet rich in docsahexaenoic acid (DHA; an omega-3 fatty acid) and curcumin (one of the principle components of turmeric) can neutralise the clinical and biochemical effects of myelopathy.

Langston Holly, Department of Neurosurgery, David Geffen School of Medicine, University of California, Los Angeles, USA, and others reported that they examined the effects of a DHA and curcumin rich diet in promoting neuroprotection in an animal model of myelopathy because while several studies have shown dietary supplementation to have beneficial effects on cerebral function, “comparatively little information has been published regarding the use of dietary supplementation to enhance neural repair in disorders affecting the spine, and this represents a fertile area for study.”

Twenty-one days after the spinal compression procedure, using CatWalk XT software analysis (Noldus Information Technology), the rats in the Western diet group showed significant worsening in ambulatory parameters compared with the other two groups (such as cadence, p<0.02; mean stepping intensity, p<0.03; and print width, p<0.04). Rats in the Western diet group also had significantly worse gait at 21 days and 42 days (the end of the study) after surgery compared with their baseline levels, but there were no significant differences between postoperative gait parameters (at 42 days) and baseline gait parameters for rats in the DHA and curcumin group. Holly et al wrote: “Additionally, although the two groups started with statistically equivalent performance in these parameters, the DHA and curcumin group had significantly better gait function than the Western diet group at the final postoperative day 42 time point (p<0.05).”