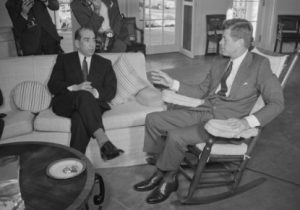 METHODS:   A population-based cross-sectional study was conducted among 4,007 adolescents aged 12-19 years in Denmark. Adolescents answered an online questionnaire during physical education lessons. The questionnaire contained a mannequin divided into 12 regions on which the respondents indicated their current pain sites and pain frequency (rarely, monthly, weekly, more than once per week, almost daily pain), characteristics, sports participation and HRQoL measured by the EuroQoL 5D. Multivariate regression was used to calculate the odds ratio for the association between almost daily pain, multi-site pain and respondent characteristics.

CONCLUSION:   In this population-based cohort of school-attending Danish adolescents, nearly two out of three reported current pain and, on average, one out of three reported pain in more than one body region. Female sex, and high level of sports participation were associated with increased odds of having almost daily pain and multi-site pain. The study highlights an important health issue that calls for investigations to improve our understanding of adolescent pain and our capacity to prevent and treat this condition.

END_OF_DOCUMENT_TOKEN_TO_BE_REPLACED

Is Back Pain During Childhood or Adolescence Associated with Muscle Strength, Muscle Endurance or Aerobic Capacity?

Is Back Pain During Childhood or Adolescence Associated with Muscle Strength, Muscle Endurance or Aerobic Capacity: Three Systematic Literature Reviews with one Meta-analysis

Background   Back pain is a common condition during childhood and adolescence. The causes of back pain are largely unknown but it seems plausible that some physical factors such as back muscle strength, back muscle endurance and aerobic capacity may play a role in its development, in particular in the early years.

Methods   Systematic searches were made in June 2014 in PubMed, Embase and SportDiscus including longitudinal, retrospective or cross-sectional studies on back pain for subjects <20 years. Articles were accepted if they were written in French or English. The review process followed the AMSTAR recommendations. The possibility of conducting a meta-analysis was assessed for each research question.

Pain is relatively common in childhood and adolescence [1]. For example, in a population of circa 3000 adolescents, 61 % reported musculoskeletal pain at least in one area [2]. Back pain (BP) was noted to be the second most common type with 25 % reporting daily complaints [2]. BP is common during childhood and has been shown to be a predictor of low back pain (LBP) in adulthood [3]. Therefore, more knowledge is needed about BP in the early years, as attention needs to be focused on this period of life.