The Biomechanics of Spinal Manipulation

The Biomechanics of Spinal Manipulation 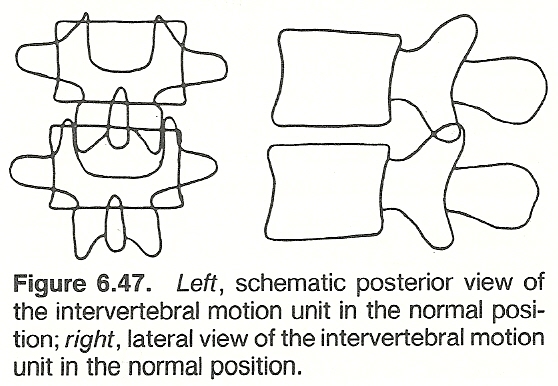 Biomechanics is the science that deals with the external and internal forces acting on biological systems and the effects produced by these forces. Here, we describe the forces exerted by chiropractors on patients during high-speed, low-amplitude manipulations of the spine and the physiological responses produced by the treatments. The external forces were found to vary greatly among clinicians and locations of treatment on the spine. Spinal manipulative treatments produced reflex responses far from the treatment site, caused movements of vertebral bodies in the “para-physiological” zone, and were associated with cavitation of facet joints. Stresses and strains on the vertebral artery during chiropractic spinal manipulation of the neck were always much smaller than those produced during passive range of motion testing and diagnostic procedures.

Chiropractic spinal manipulations are mechanical events. Clinicians exert a force of specific magnitudein a controlled direction to a target site,typically on the spine. High-velocity, low-amplitude (HVLA) manipulations are more frequently used by chiropractors than other treatment modalities, and they are of special interest, as force magnitudes and the rates of force application are high. HVLA treatments cause deformations of the spine and surrounding soft tissues and often elicit a cracking sound that has been identified as cavitation of spinal facet joints (Cascioli et al.,2003; Conway et al.,1993; Haas,1990; Herzog et al.,1993c; Mealand Scott,1986; Miereau et al., 1988; Reggars,1996). Despite the acknowledged nature of mechanical force application as a treatment modality (Triano,2000), and the accepted idea that HVLA treat ments produce mechanical effects (e.g., Triano and Schultz, 1997) at the treatment site, little is known about the biomechanics of spinal manipulation.

Biomechanics is the science that deals with the external and internal forces acting on biological systems and the associated effects produced by these forces. Here, I will attempt to briefly review what is known about the external forces applied by chiropractors during HVLA manipulative treatments on patients, discuss selected effects of these forces, and then focus specifically on an increasingly important topic of internal force transmission: the stresses and strains experienced by the vertebral artery during HVLA neck manipulations.

Wood and Adams (1984) and Adams and Wood (1984) were the first to quantify the forces exerted by chiropractors during spinal manipulation. Their work involved application of a HVLA manipulative thrust to a treatment dummy. Although a classic piece, the limitation of their work was that treatments were not performed on human subjects, thereby bringing into question the validity of the results for a clinical setting. Hessel et al.(1990) were the first to directly measure the forces applied by chiropractors on human subjects for a variety of different treatment modalities. They used a thin, flexible pressure pad that was placed under the thrusting hand of the clinician to measure the forces applied to the target site on patients. This pioneering work was followed by a series of similar studies, all aimed at obtaining information on the orce-time histories of HVLA spinal manipulations (Conway etal.,1993; Herzog et al.,1993a,b; Kawchuk et al., 1992; Kawchuk and Herzog,1993; Triano and Schultz,1997; Triano,2000; Triano and Schultz,1990).