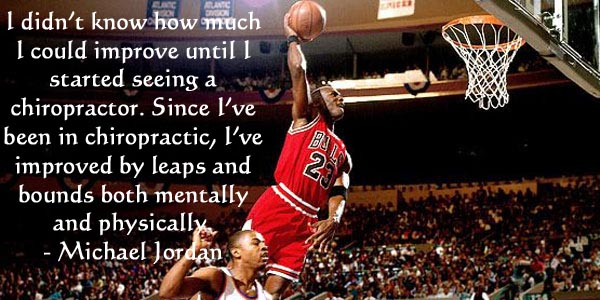 Arlington, Va.– The American Chiropractic Association (ACA) is pleased to announce that Congress has approved legislation that will protect chiropractors who travel with sports teams by ensuring that their license and liability insurance remains in effect even when they cross state lines.

The Sports Medicine Licensure Clarity Act of 2018, as the bill is known, was included in a larger, unrelated piece of legislation (H.R. 302) that passed the Senate overwhelmingly on Oct. 3. The president is expected to sign the bill in the next several days.

As the bill was being drafted, ACA lobbyists and volunteers worked closely with Rep. Brett Guthrie (R-Ky.), the chief House sponsor, and the House Committee on Energy and Commerce to ensure that doctors of chiropractic would be included in the bill’s final language. The original version may have excluded chiropractors from the list of included “sports medicine professionals.”

“This legislation not only protects chiropractors and other health professionals who travel with sports teams, it also ensures consistency of care for the athletes who rely on them,” said ACA President N. Ray Tuck, Jr., DC.
For years, chiropractors and other sports health practitioners traveling outside their states to provide care for athletes were left uncovered by their medical malpractice insurance, largely because of jurisdictional issues. Treating injured athletes on the road posed great legal and financial risks; if a practitioner was sued for malpractice, not only could their home state license be in jeopardy but, in many cases, it may also be unclear if their malpractice insurance would cover them.

The new law stipulates that health care services provided by a covered “sports medicine professional” to an athlete, athletic team, or team staff member in a secondary state outside that professional’s state of licensure will be covered by the appropriate medical malpractice insurance provider