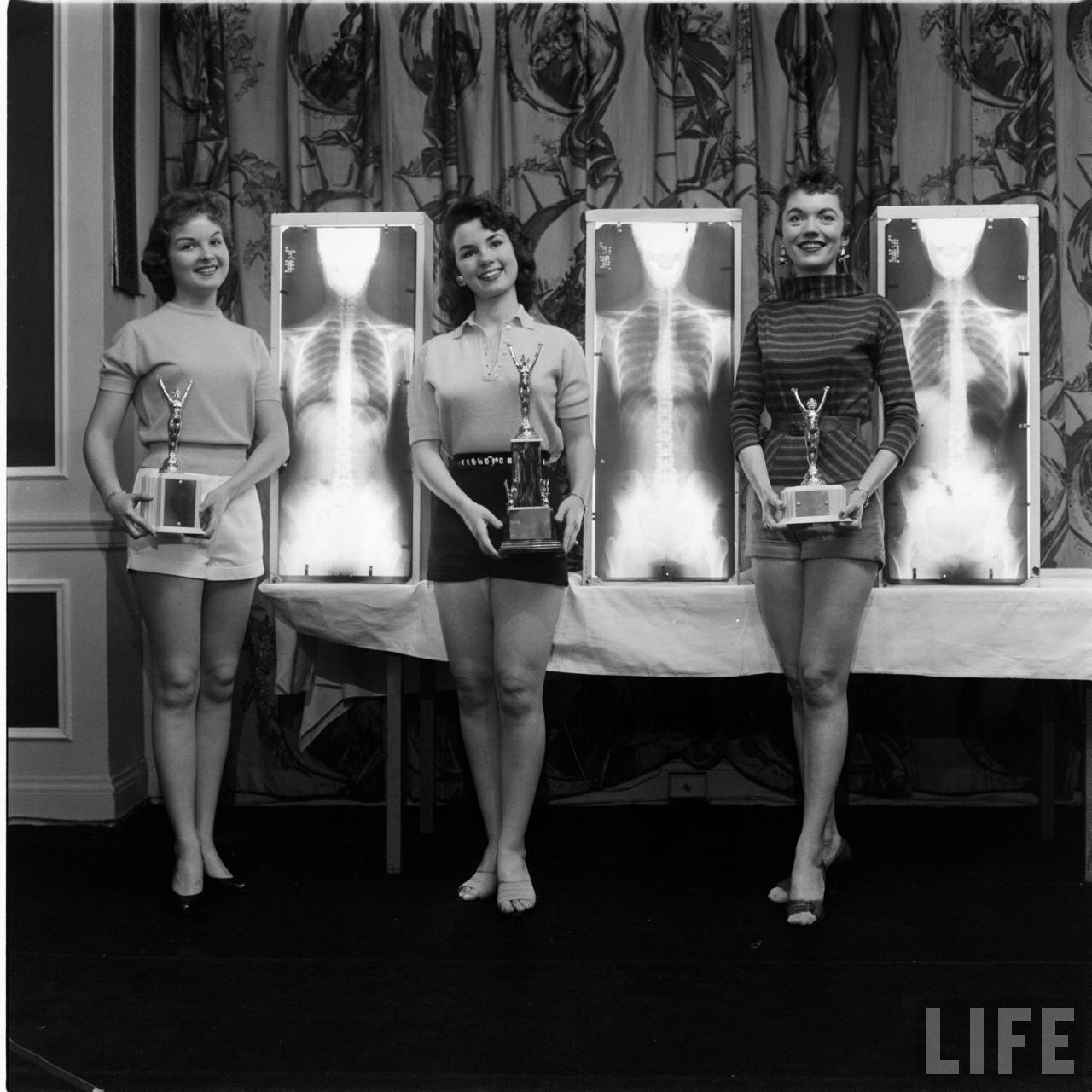 In the 50s and 60s, American chiropractors held a series of rather unusual beauty pageants where contestants were judged and winners picked not only by their apparent beauty and poise, but also their standing posture (backed with X-rays of their spines, of course).

The contests were a publicity stunt, Reginal Hug, past president of the Association for the History of Chiropractic, told Scott Hensley of NPR, and was meant to burnish the reputation of the profession. The message, he said, was that good posture led to good health and that chiropractors could help with that. “In those days, nobody was concerned about radiation,” Hug added, noting the use of X-rays to check for spinal structures. 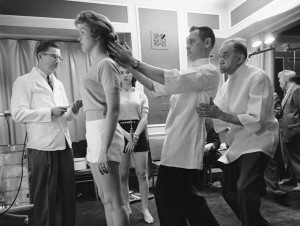 Why not contests for men? Actually, there were some but they weren’t as popular and didn’t last very long. “The guys always slouched,” Hug added.

Like many things that were hot back in the early 20th century (like flagpole sitting, goldfish swallowing and phone booth stuffing), the popularity of the chiropractic beauty pageant waned. The last big contest was held in Chattanooga, Tennessee, in 1969.