Source The World Federation of Chiropractic 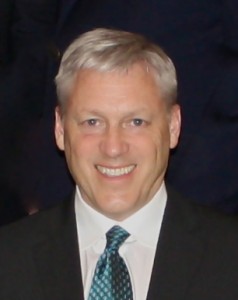 The World Federation of Chiropractic (WFC) is pleased to announce that Dr Gregory B Stewart of Winnipeg, Manitoba, Canada was elected President for a 2-year term at the WFC Executive Council Meeting held last month in San Juan, Puerto Rico. He succeeds Dr Dennis Richards of Australia, now Past President.
Dr Stewart, who received a Bachelor of Physical Education from the University of Manitoba (1982), graduated as a Doctor of Chiropractic (cum laude) from the Canadian Memorial Chiropractic College in Toronto in 1986. He has been in fulltime private practice in Winnipeg, Manitoba since that time, and has served on many provincial and national chiropractic committees since 1990. These include committees on the identity of the profession, government relations, ethics, communications, interprofessional collaboration, chiropractic legislation, third party and government service negotiations, clinical practice guidelines and research.

Dr Stewart has served as President of the Manitoba Chiropractors’ Association (1994 – 1997) and the Canadian Chiropractic Association (CCA, 2002 – 2003), and has represented Canada and the North American Region on the Council of the World Federation of Chiropractic since 2006, most recently as First Vice-President. In 2012 he received the CCA’s highest honor, the Medal of Merit, for outstanding services to the profession.“I am excited by the advances and new opportunities for the chiropractic profession in many countries at present, and the vision and quality of the leaders beside me on the WFC Council”, says Dr Stewart. “For these and other reasons the work of the WFC is more important than ever, and I see significant new progress in research, education and practice over the next two years if we continue to maintain high standards and work together.”