Exposure to a Motor Vehicle Collision and the Risk of Future Back Pain: A Systematic Review and Meta-Analysis

Exposure to a Motor Vehicle Collision and the Risk of Future Back Pain: A Systematic Review and Meta-Analysis 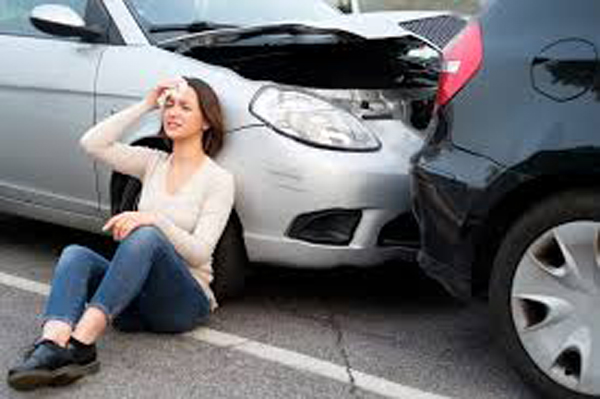 Objective:   The purpose of this study is to summarize the evidence for the association between exposure to a motor vehicle collision (MVC) and future low back pain (LBP).

Literature survey:   Persistent low back pain (LBP) is a relatively common complaint after acute injury in a MVC, with a reported 1 year post-crash prevalence of at least 31 % of exposed individuals. Interpretation of this finding is challenging given the high incidence of LBP in the general population that is not exposed to a MVC. Risk studies with comparison control groups need to be examined in a systematic review.

Methodology:   A systematic search of five electronic databases from 1998 to 2019 was performed. Eligible studies describing exposure to a MVC and risk of future non-specific LBP were critically appraised using the Quality in Prognosis Studies (QUIPS) instrument. The results were summarized using best-evidence synthesis principles, a random effects meta-analysis and testing for publication bias.

Synthesis:   The search strategy yielded 1,136 articles, three of which were found to be at low to medium risk of bias after critical appraisal. All three studies reported a positive association between an acute injury in a MVC and future LBP.

Pooled analysis of the results resulted in an unadjusted relative risk of future LBP in the MVC-exposed and injured population versus the non-exposed population of 2.7 (95 % CI [1.9, 3.8]), which equates to a 63 % attributable risk under the exposed.

Conclusions:   There was a consistent positive association in the critically reviewed literature that investigated the risk of future LBP following an acute MVC-related injury. For the patient with chronic low back pain who was initially injured in a MVC, more often than not (63 % of the time) the condition was caused by the MVC. These findings are likely to be of interest to clinicians, insurers, patients, governments and the courts. Future studies from both general and clinical populations would help strengthen these results.

Several large studies have demonstrated that low back sprain/strain is one of the most common injuries after a MVC. Based on a national study of >21,000 injury claims occurring the USA over a 2 week period, the Insurance Research Council report a 58 % rate of LBP after a MVC injury, second by only a small margin to neck pain after a MVC (66 %) [Insurance Research Council, 2008]. This was a similar low back injury rate reported in a cohort study in Saskatchewan, Canada, among individuals who reported an injury-producing traffic collision to an insurance company within 30 days (60.4 %) [Hincapié et al., 2010]. Recovery from LBP after a low back injury in a MVC is often prolonged or incomplete, with 31 % still having LBP 12 months after the acute injury [Cassidy et al., 2003]. Given the high incidence and prevalence of LBP in the non-MVC exposed population, it is reasonable for the clinician, insurer, or court presented with an individual with persisting LBP months or years after a traffic crash-related acute low back injury, to inquire as to the likelihood of the chronic LBP if the crash had not occurred. The answer to such a question is found within controlled observational studies, and the means to characterize the sum of the evidence is with systematic review and meta-analysis of the results. As no such review and analysis exists at the present time, the objective of the research presented herein is to estimate the difference in risk of future LBP among the population exposed to a MVC relative to the population that has not been exposed to a MVC.