A Tailored Exercise Program Versus General Exercise for a Subgroup of Patients with Low Back Pain and Movement Control Impairment: A Randomised Controlled Trial with One-year Follow-up 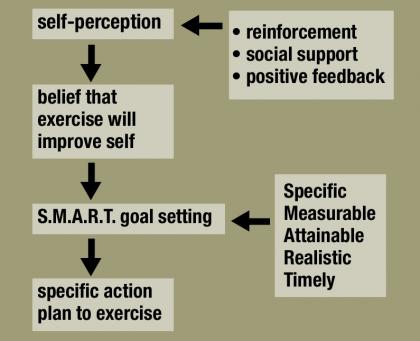 BACKGROUND:   Exercise is an effective treatment for patients with sub-acute and chronic non-specific low back pain (NSLBP). Previous studies have shown that a subgroup of patients with NSLBP and movement control impairment (MCI) can be diagnosed with substantial reliability. However, which type of exercises are most beneficial to this subgroup is still unknown.

OBJECTIVES:   The effectiveness of a specific exercise treatment to improve movement control was tested in this study.

RESULTS:   The Patient Specific Function Scale (PSFS) showed no difference between groups after treatment, or at six months and 12 months. Secondary outcome analysis for pain and disability, measured with the Graded Chronic Pain scale and the Roland Morris Disability Questionnaire respectively, showed that a small improvement post-treatment levelled off over the long term. Both groups improved significantly (p < 0.001) over the course of one year.

Sixty to eighty percent of the adult population suffers from low back pain (LBP) at some point during life (Airaksinen et al. , 2006). A previous episode of back pain is highly predictive of future episodes (Kolb et al. , 2011, Stanton et al. , 2008). In most cases, according to guidelines, a specific diagnosis is not possible and the complaints are labelled as non-specific low back pain (NSLBP) (Airaksinen, Brox, 2006, Waddell, 1987).

Evidence shows that exercise in general is an effective treatment for patients with sub-acute or chronic NSLBP (Hayden et al. , 2005). Due to the great heterogeneity of this patient group, clinicians and researchers have tried to identify subgroups of NSLBP that respond positively to and benefit most from a specific exercise treatment (Foster et al. , 2011, Karayannis et al. , 2012). One potential subgroup are atients with movement control impairment (MCI), as classified by O’Sullivan (O’Sullivan, 2005). Patients with MCI present with mechanically induced pain in static postures together with visible movement abnormalities, such as decreased or increased movement of parts of the lumbar spine, or discrepancies in the proportion of hip, leg and spine movements. It is assumed that these movement abnormalities are influenced by current pain, previous pain episodes and the belief that pain provoked by movement is harmful (O’Sullivan, 2005).

The classification of MCI is based on the observation of aberrant movements accompanied by postural pain (O’Sullivan, 2005). A further sub-classification of MCI identifies the specific movement direction in which control is reduced (Dankaerts and O’Sullivan, 2011, Dankaerts et al. , 2006). The sub-classification categories are flexion, active extension, passive extension, lateral shift or multidirectional MCI (O’Sullivan, 2005). Many MCI test procedures have been developed in recent years, (Carlsson and Rasmussen-Barr, 2013, O’Sullivan, 2005, Sahrmann, 2002). In order to define MCI subgroups more clearly, several tests have been evaluated by Luomajoki with a set of 6 MCI tests showing substantial intra-rater and inter-rater reliability (Luomajoki et al. , 2007) . MCI tests were shown to effectively distinguish healthy persons from patients with LBP (Luomajoki et al. , 2008, 2010).

On the assumption that MCI patients would show better outcomes from treatment targeted at the individual MCI sub-classification, specific exercises were developed that aimed at relearning normal movement patterns (Luomajoki, Kool, 2010). These exercises were performed with increasing levels of difficulty (Luomajoki, 2010). Patients performed initial, easy, low load exercises, e.g. the positioning of the spine in a neutral position, and progressed to increased load and more complex functional requirements. Finally, unconscious application of the learnt movement patterns in daily activities was trained. These MCI subgroup specific exercises were targeted at the functional movement problems of the individual patient. However, it remains unclear as to whether individually-tailored treatment leads to superior outcomes.

To date, the proposed mechanisms and treatment of local stabilising muscles, such as multifidi and transversus abdominis, have received considerable attention in spinal control research. Two recent meta-analyses measuring pain and disability outcomes compared specific motor control exercises with other forms of exercises but obtained different results. Both papers showed favourable outcomes on both pain and disability for motor control over other forms of exercise in the short and intermediate term. They also agreed that no long term benefit on pain was seen. However, there was disagreement regarding the long term effect on disability. (Bystrom et al. , 2013, Smith et al. , 2014). An RCT assessing the effectiveness of xercises and behavioural treatment for MCI, as proposed by O’Sullivan, showed some evidence of improved isability and pain when compared with manual therapy and exercise (Vibe Fersum et al. , 2013). However, the latter study is regarded of moderate quality due to the substantial loss of patients in follow-up and to a lack of intention to treat analysis. Furthermore, the question remains unanswered as to which was responsible for the difference: the exercises or the behavioural approach.

SOURCE:   Read the rest of this Full Text article now!